I think this is the second time I'm writing about deodorant. The first deodorant I reviewed was Maxim deodorant roll-on, which was non-perfumed but worked amazingly with underarms sweat. But actually after that Maxim deo, I was absent from using any kind of deo and turned to old stuff named : Fujiyama and MBK silver powder. As far as I know, both products can only be found in Indonesia, even Fujiyama powder is only sold in traditional cosmetic market and really really hard to find. But, well both of them worked well to me. Only the underarms sweat could not be handled but the odor was banished!

Until one day in Taiwan, I ran out of my powder. I went to 7-11 to find any deodorant and there I saw Nivea whitening deodorant spray. It was in 50ml bottle for NT$ 99 or around US$2.3. I bought that Nivea deo and fell in love with it :) 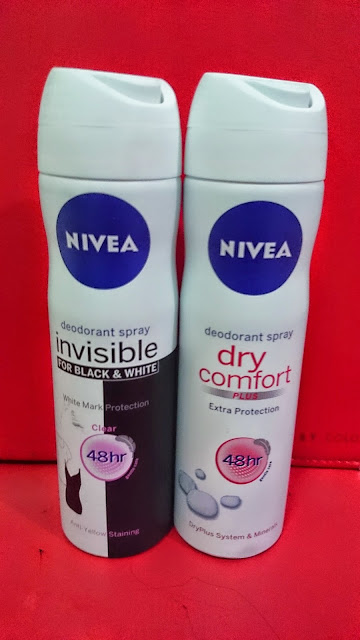 Unfortunately, Nivea deo was not available in Indonesia back then in 2013. I stopped using it until finally they brought it here. YEAYYY!!! The first variant they sold was Invisible deodorant roll-on. I tried it and liked it! Then I tried the Invisible spray too and instantly FELL in LOVE with it! The scent is really classy but not over-powering. It protects me well from odor the whole day, but probably not when I go to gym and have my RPM training.

The deodorant spray comes in 150ml can bottle and sold at around Rp 30 to 35K (below US$ 3). It is easy to find even at the nearest minimarket. The most interesting thing about the packaging is actually the cap. You have to screw the cap a bit to spray the liquid and you can lock it by screwing it the other way around. If it's locked, you can't push the spray button.

The product claims to leave no white marks on black nor yellow marks on white colors. Well, I don't wear white blouse that often but I see there's no yellow stains on any of my light-colored shirts and tees so far. Also when I wear dark or black top, there's usually white-powdery residue left by deodorant. But not with this Nivea Invisible deo. I once tried to spray it on my dark colored cloth and saw no white marks left. I think this deo has no powdery ingredients, but only clear liquid instead, so this leaves nothing on your clothes.

A few months later Nivea also launched other deo variants: Extra Whitening & Dry Comfort. Both variants come in roll-on and spray formats. I've tried all of them. The roll-on works fine for me, but not my first option. The roll-on bottles are handy and easy to carry on toiletries pouch since they come in 2 sizes: 25ml and 50ml. But I still love the spray better though.

Between the Extra Whitening and Dry Comfort, my favorite has got to be the Dry Comfort. I fell head over heels for the fragrance. It smells super fresh and clean. When I spray it on, it smells like you've just come out from a relaxing and refreshing shower. It smells like floral and soap but not a synthetic soap. The fragrance lasts almost all day long when I don't exercise at the gym or oversweat from outdoor activities. Yes, I can sometimes smell it in the evening :)

The Dry Comfort variant claims to keep you dry all day long. Well, I don't think it's actually proven as well as the Maxim deodorant. But, well at least it keeps you fresh all day :)

The Dry Comfort's price is similar to the Invisible range. However the Extra Whitening range is slightly more expensive.

My verdict?
5 out of 5 stars for both Nivea Invisible & Dry Comfort Deodorant Spray ;)
I love everything about them: the scent, the packaging and sprayer, staying power and of course their price :):):)

PS: The reason why I don't dig the Extra Whitening spray as much is because it leaves white marks on my clothes. I think it contains of powder kinda thing, so it leaves quite something on most of my clothes (but actually it's gone after washing).
Posted by Unknown at 00:33 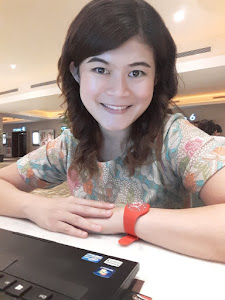